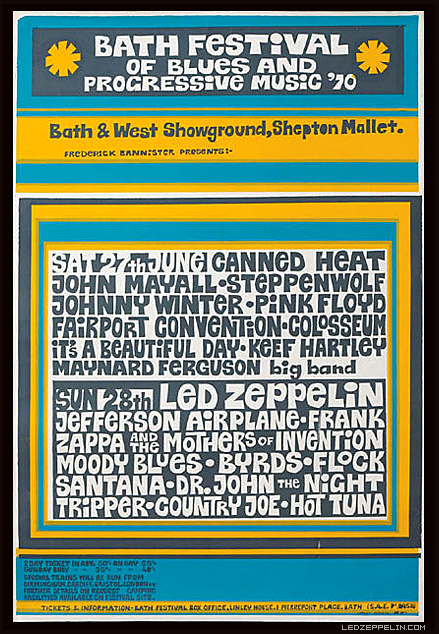 After packing, doing chores, and eating a much lighter breakfast, Terry and I headed west. Hitchhiking out of London seemed interminable. “This city is HUGE! It makes Santa Rosa look like a tiny village,” I complained.

Finally, however, we reached the outskirts and the “forest.” Coming from California and the West Coast, I’m used to a forest of redwood, pine, and other conifers. The forests we drove through consisted of deciduous trees, like oak, alder, and ash. We argued that these were not real forests.

After most of a day, we reached Bath. We were awed by its beauty, but that wasn’t what we were there for. We went immediately in search of tickets to the two-day concert, being held several miles outside town in someone’s pasture. There were plenty of other young people, something like 150,000, gathering in Bath and heading for the rock festival. We scored the tickets and took a bus to the concert. The roads were so clogged even the performers were unable to get there on time. That threw the schedule off by about eight hours and meant that we were “enjoying” big name bands through the night. Not only was the hour challenging, even for drug-crazed hippies, but the rain started. It poured.

Thankfully, festival personnel set up communal tents. Jeff, me, Terry, and a few others staked our claim on one of the hundreds of tents, where we were able to get a few hours sleep and also to leave our backpacks. Leaving our backpacks turned out to be not such a great idea. I lost about $40, stolen by a profiteering concert goer. The tents did provide us a place to take new “friends.” My concert “date” was Jeff (not his real name because I can’t remember it). He was from the U.S., dark haired, with some manicured facial hair. That should have been my clue. Those days nothing was manicured, not the clothes, the hair, or the language. NO sex or drugs—just rock and roll for him. He was a nice guy, though.

The constant rain and unrelenting dampness took its toll on Terry. She got sick, an asthma attack. She’d suffered from asthma since we were children. I remember one particular night when we were about 10 and 11. She had a bad attack and fainted while she was on the toilet. I heard her fall and ran to the bathroom where I saw her, pajama bottoms down, prostrate on the floor. My parents were hovering over her and sent me immediately back to my room. I was frantic with worry about her. So was my mom. I was sent to sleep the rest of the night in bed with my father, which completely freaked me out. I teetered on the edge of the bed and didn’t sleep well at all. By morning, Terry was doing a bit better but had to take the day off school and go to the doctor. She’s suffered all her life from asthma and I’ve suffered right along with her, always worrying and hovering and trying to make it go away.

The list of concert performers at the Bath Festival was superb. Even today, some 33 years later, I drool over the list. Imagine seeing Frank Zappa followed by Santana, and soon after, Led Zeppelin. I suppose it’s all a haze since many of the bands, like Donovan and It’s a Beautiful Day, were performing during the wee hours of the morning–that and the pot and the hash that were generously passed around.

After the festival, Terry and I returned to Bath and found a bed and breakfast where the hostess understood our situation and left us to sleep for 14 hours straight. When we finally woke, we cleaned up, ate a hearty English breakfast, and left to explore Bath. The rain had cleared, we were rested, and Terry was feeling better. As we crossed a square, a hairy fellow came up beside me and said, in a British accent, “Do you want some orange?” I was surprised, but replied, “Sure,” to Robert, a bloke from London, down for the festival. The three of us walked together, and were soon joined by Jim, from Pennsylvania. The four of us really hit it off and enjoyed each other’s company while we explored Bath.