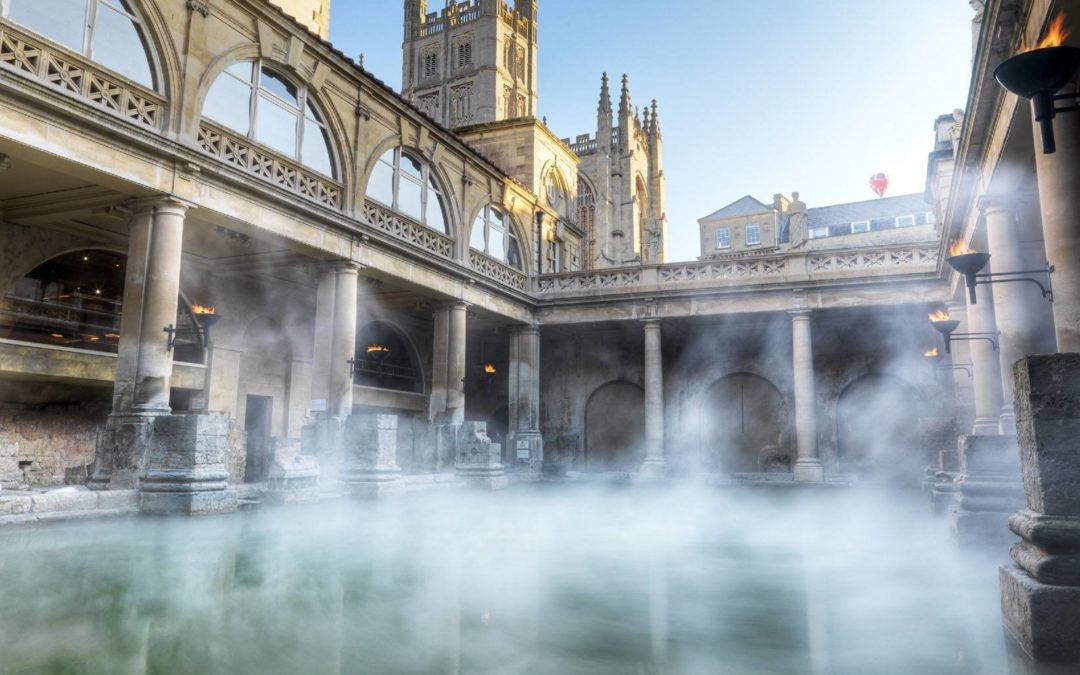 We walked together to the Roman Baths, discovered by the Victorians and one of the premier tourist attractions in Bath. According to legend, Bladud, a Celtic prince who had contracted leprosy, was sent to herd swine. The diseased pigs would enter the hot mineral springs and leave them healed. The prince jumped in himself and rid himself of his disease. In 43 AD, the Romans invaded and developed the baths as a retreat. We were able to observe the large bathing pool, right to its underground area, but not to enter it. Fortunately none of us was diseased at the time.

At some point, we all decided that we liked hanging out together, so we should do some exploring. Robert had a mini that fit us all with our luggage. It was cramped, but doable.

“Yesterday,” Robert began, “I gave a lift to a group of blokes from Sweden. They were carrying some potent hashish. We stopped to smoke along a back road and a police car appeared out of nowhere. We threw the hash into the field, hoping they didn’t see us. We were told to move along.”

“I’m thinking we should head for that field!” Terry said with no hesitation.

“Is it safe?” I asked. I really admired Terry’s courage and wished I had some. “What if they come back?”

“We’ll deal with it,” she said confidently.

Robert headed out of Bath on a small country road, bounded on each side by steep hills, fenced for the sheep. At a high point along the road, he stopped near a gate and pulled off the road. Robert put up the hood, just in case someone came by, and hopped the fence. That was the plan, to feign car trouble, if need be.

The two of us kept a look out and Robert and Jim went into the field and began looking around. It wasn’t long before a police car approached. “Get back here now!” Robert and Jim leapt over the fence and were fiddling with the engine when the police car stopped.

“What seems to be the problem?” the officers wanted to know.

“The engine was making a funny rattle,” replied Robert. “But it seems to be OK now.” I didn’t think that he sounded at all convincing and I don’t think the officer did either. It was all that we could do not to laugh. It was thrilling to know that we were on the edge of the law at that moment.

“I’d like to see some identification.” Terry, Jim, and I produced our passports and Robert showed his driving license. The officer looked at each one in turn and compared it to our faces. It took longer than I thought was reasonable and made us very nervous. “Best be moving along now. Stay out of trouble.” So we did. We did not argue. We were looking for someone else’s drugs, but we were also carrying some of our own. We had a small stash of pot hidden in the car. The thought of spending our vacation in jail made the promise of someone’s discarded hashish much less appealing.