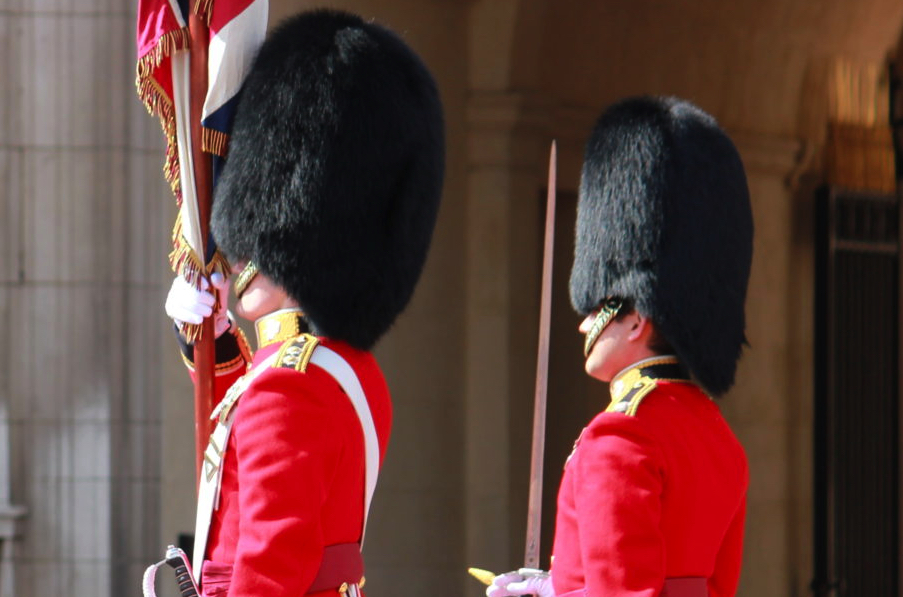 The next morning, before we left, we each had to help out with cleanup. Terry was stuck with bathroom duty and I had to sweep and empty waste baskets. It wasn’t too bad (for me anyway), and we finished quickly. We stored our backpacks in the hostel’s locked storeroom.

I suppose it was adrenaline that kept jet lag at bay so we were able to take off immediately to see the sites of London. Our first stop was a café where we ordered an English breakfast, ignorant of the contents at that point.

“Whoa! How can we eat all this?” I asked Terry. There were two eggs sunny-side up, white toast, jam, sausages, bacon, beans, mushrooms, and something we couldn’t identify. “Yuck,” grumbled Terry, “What do you think this is?” She gestured at the dark, round, threatening-looking mass on our plates. We asked: blood pudding. “Even the name is scary!” I remarked. The waiter told us the contents, though we’d already decided that it was inedible: pig’s blood, suet, bread, barley, and oatmeal. 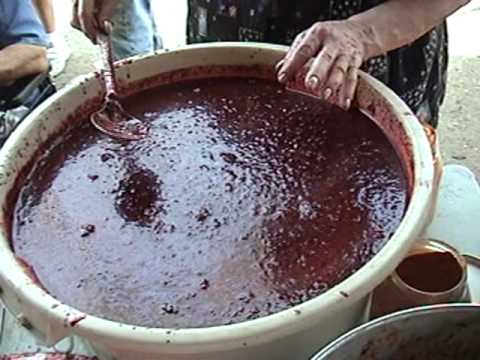 Making blood pudding—not something either of us could eat!

We’d asked for coffee. “Does this taste like coffee to you?” asked Terry. “No,” I answered. “Maybe he brought us tea by accident.” I gestured for the waiter to come over.

“Excuse me. I think that you brought us tea instead of coffee,” I said politely. “No,” he replied just as politely. “That’s coffee.” “Oh. OK. Thanks,” I muttered. We found that coffee was indistinguishable from tea and stuck to tea from then on. Until we reached the continent, that is.

After that gut-busting breakfast, we decided to walk to Hyde Park to see if anything interesting was happening at Speaker’s Corner. Terry thought she’d like to try out her oratorical skills in a famous venue. Turned out it was an hour’s walk through very interesting districts. We tried to be cool as we strolled along the Strand, glimpsed the Thames, and passed Buckingham Palace along the Mall, where, like typical tourists, we lost our cool and tried to get a reaction from the guards. Terry approached one of the guards.

“So, remember when we were at school together?” she asked the somber-faced guard.

“How long have you known this man, Terry?” I asked.

“Where were you in school together?” I queried.

“Kensington,” she replied without a hitch.

“Did you learn martial arts together?” I wanted to know.

“Oh, yes. Karate and Judo. I excelled and he did OK, though, as you can see, he preferred the sword,” she informed me and everyone else within earshot.

“He was very quiet. Never talkative. I remember he’d sit by himself and read books. I was just this girl in school having fun. You’d ask him questions and he’d answer by nodding his head: no, yeah, no. Really quiet guy. Until he was 20 his mother would pick him up from school.”

By this time the guard was actually cracking a smile, which signaled victory in our minds. We laughed hysterically as he quickly made his way behind a column, presumably to regain his composure. 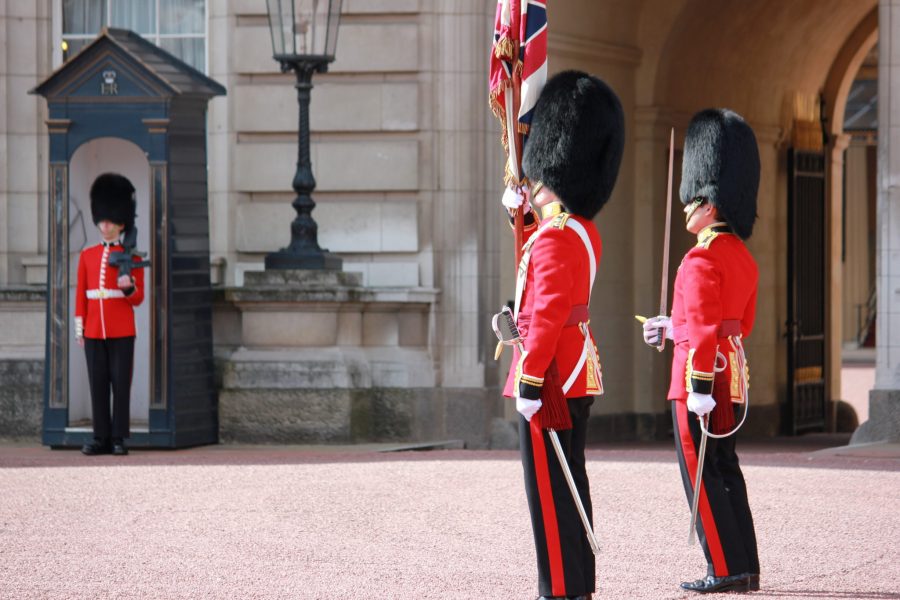